As I sit back and ponder 2014, all I can say is wow. 2013 was extremely scary for me in terms of medical drama. Although 2014 did have a few scary moments, I continued to prove to myself and to prove to the world how I am Clearly Alive.

Below is my month by month recap.

Dear friends at another friend’s wedding.

January 2014 started out much better than January 2013. There were no emergency room visits or near collapses. In fact, I participated in the very first Adrenal Insufficiency meeting in Addison, TX where eleven of us gathered for food and fellowship. I was reminded of how beautiful it is to be able to chat with others who can relate to my journey. We might live with a rare disease, but we do not need to live with it in isolation!

Too Cold To Hold.
SO MUCH COLDER than last year.

In February, I ran the same five mile race that I did last year. In hindsight, I should have increased the total amount of medicine I took for the race because that evening was rather rough. I also gained access to a cortisol pump. And guess what? My constant stomach pain went away. Food no longer made me feel sick! My blood pressure and POTS stabilized. Symptoms that I was told repeatedly did not relate to my Adrenal Insufficiency did indeed directly tie back to improper cortisol coverage. I can now stand up without fear of blacking out! That in and of itself is a major victory.

Spontaneously running into dear friends on the other side of the world.

On March 1st 2014, I got married (Spoiler Alert: It didn’t last). I left America exactly three days after the wedding to begin my six month adventure on the other side of the world. 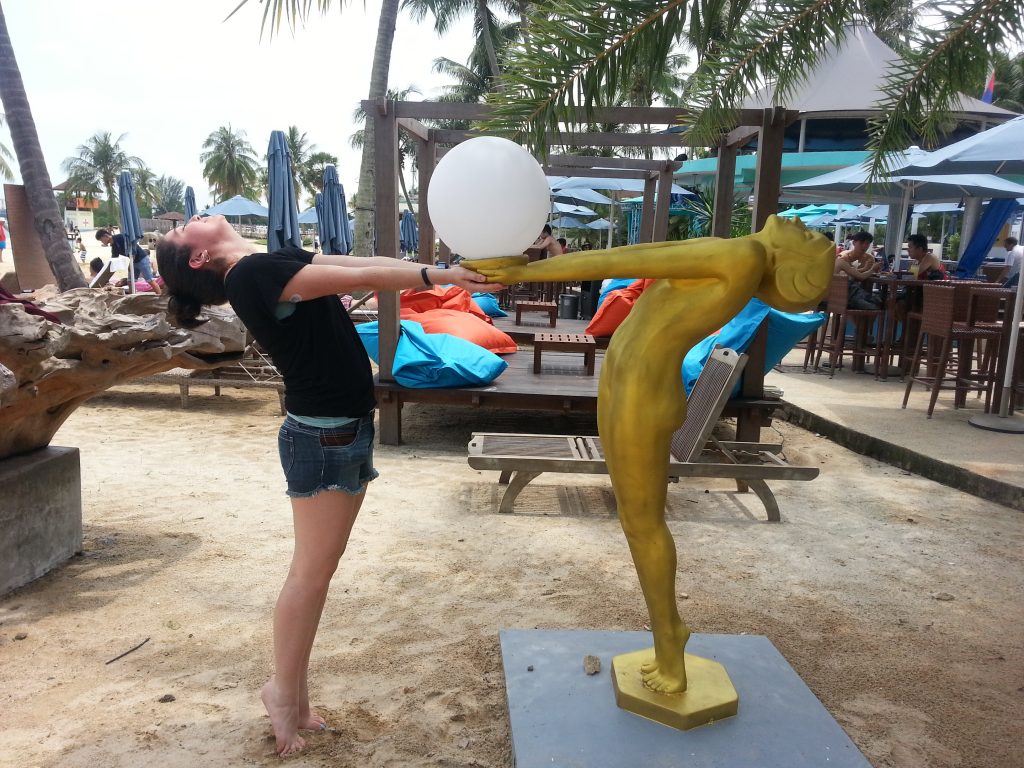 Goofing off in Singapore. You can see my cortisol pump site in my arm.

April 19th marked the one year anniversary of my nightmare. I had no concept of how long it would take me to recover and I can still openly admit that I have not regained my full strength. I also don’t think I ever will. Each time I head towards an adrenal crisis, a bit of my life is stolen from me. However, I am in a much better place health wise. I also took a spontaneous trip to Singapore. 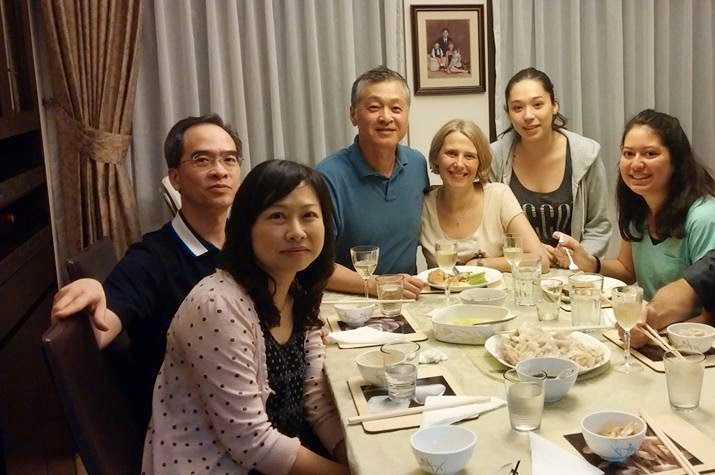 Dinner with Wendy and her family in Hong Kong.

In May, I began to show signs of too much cortisol and started the wean down to appropriate levels. Cortisol is a very interesting drug. The medical community must understand that those of us with Adrenal Insufficiency do not want to overdose or under-dose our medicine. I want to take the right amount for my body and my body will show me what that amount is if I listen

I also had the ability to meet Wendy and her family in Hong Kong. I used to feel isolated and alone in my journey, but that is so far from the truth! If you feel alone and isolated, please take courage in the fact that you are not. There are others who do understand. 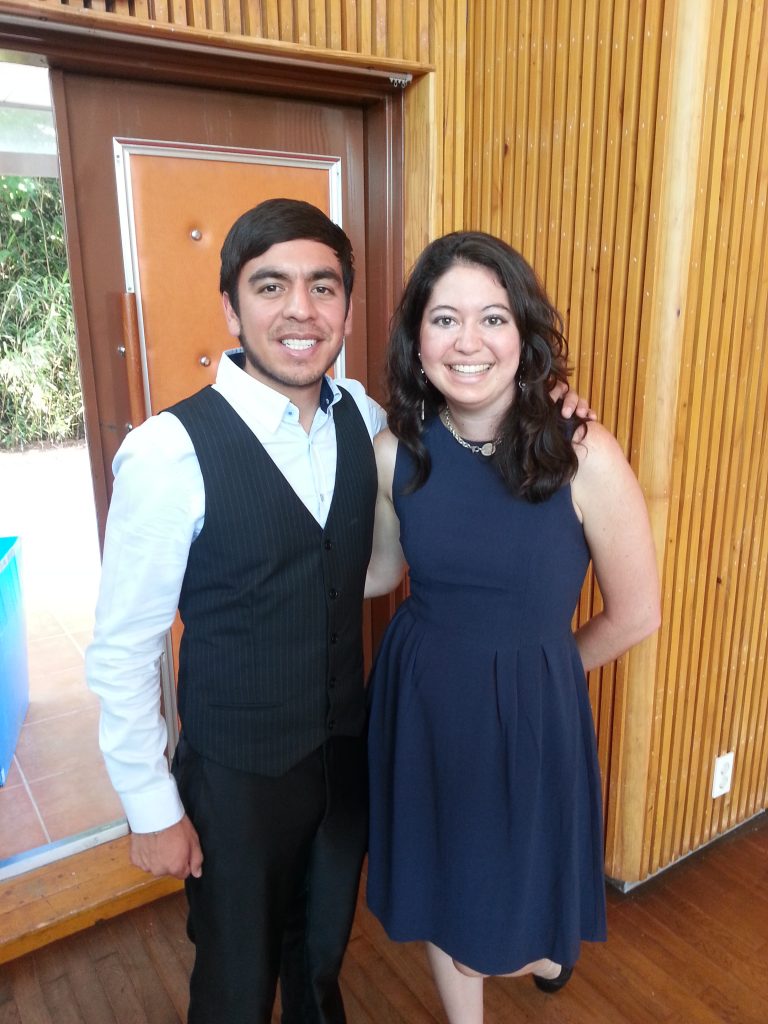 I got to meet back up with some of the people I went to school with while I was in Korea! Like Victor, from Mexico.

In June, I had the opportunity to return to Korea for the first time in five years. While it was fun re-visiting some of the same spots from my study abroad, the stress of the trip (emotional, physical, mental) eventually caught up with me and I narrowly staved off an adrenal crisis with an emergency injection and IV fluids in the airport. One of my biggest fears actualized. And I survived. 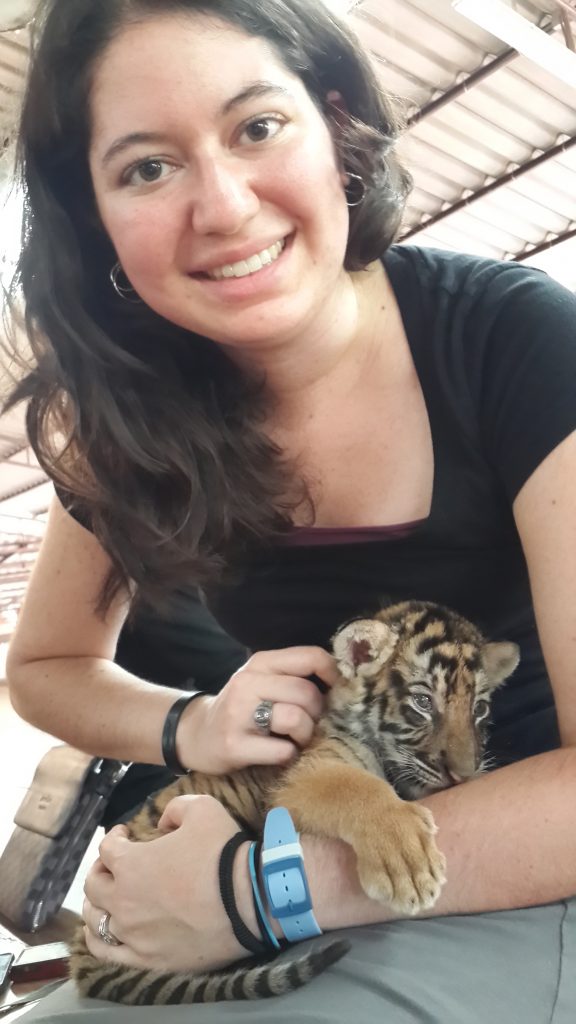 Holding a tiger cub in Thailand.

In July, I traveled to Thailand, Kuantan, and Myanmar. The trip to Thailand felt like a dream. We rode elephants, played with tigers, saw countless Buddhas and tasted amazing food. Yet the entire time I had to be extremely mindful of dehydration and physical exhaustion. In Myanmar, I had the ability to deliver a speech to a small village about my life mission to be Clearly Alive. We almost canceled that speech due to another scare at the airport. 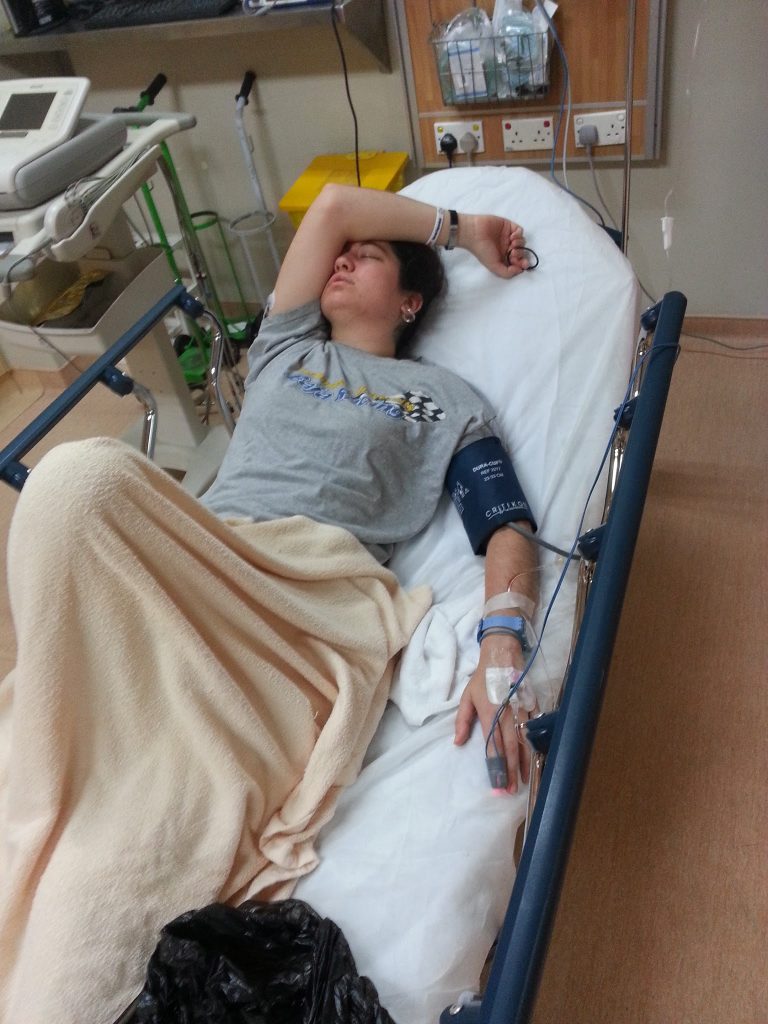 August marked the end of our six months in Malaysia. Just when I thought I had a handle on Malaysian food, I ate bad chicken. My last weekend in Malaysia was spent with a three day hospital admission. I must admit, this was not exactly how I wanted to end my six month international work assignment. However, it did make me all the more ready to return home and begin the next chapter in my Texas life. 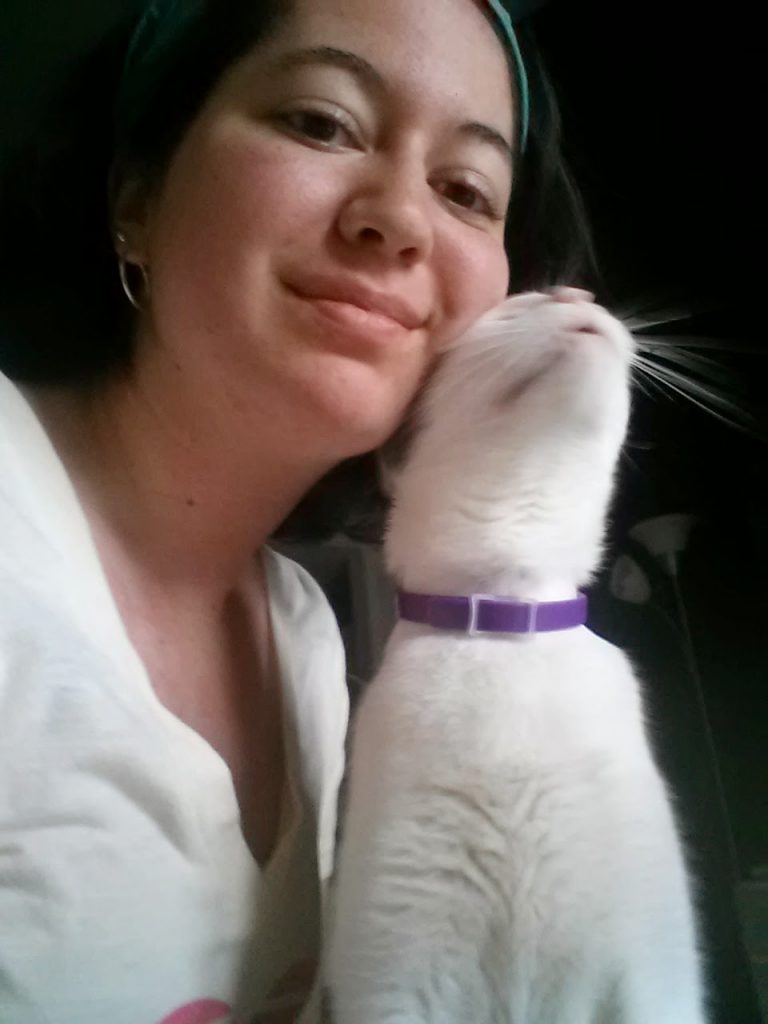 The Olive Thief is happy that I returned.

September marked a month of readjustment as I unpacked and settled back into our American life. Confession: every now and then, I still find ourselves walking on the wrong side of the sidewalk due to Malaysia. I also started in my permanent role as a Validation Engineer in the semi-conductor field. Although I am unbelievably grateful for my six month adventure abroad, I cannot express my gratitude enough to be home in Texas. 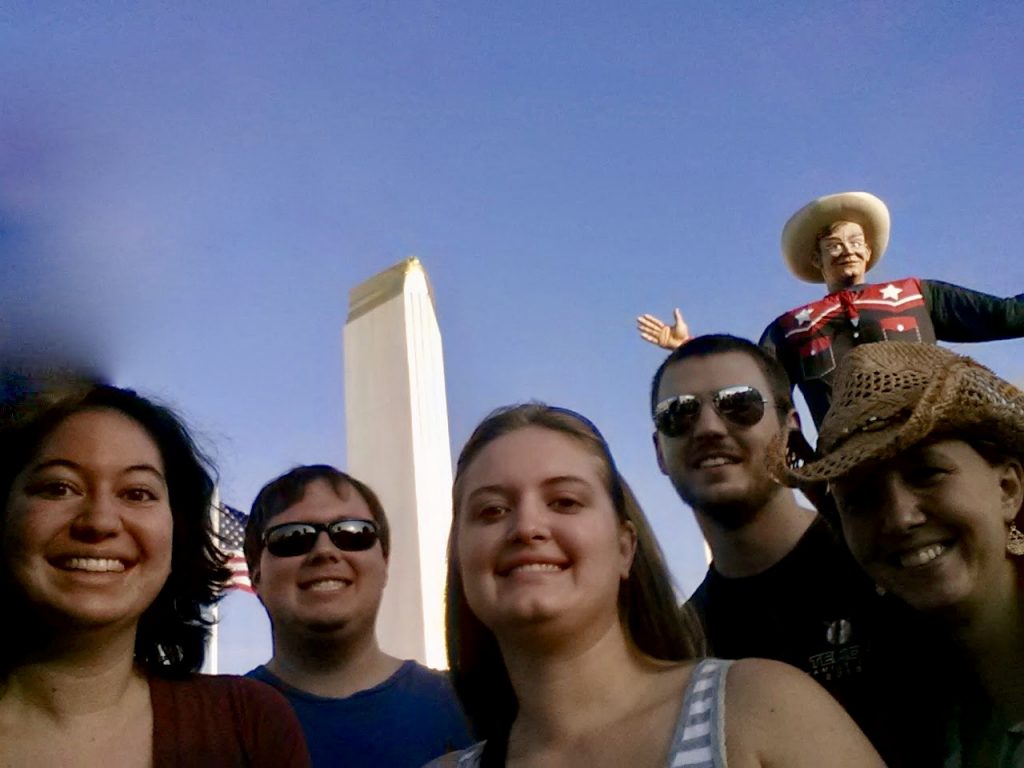 In October, I celebrated my 25th birthday at the Texas State Fair with friends. I had to actively monitor my self talk. State fairs are known for the glorious amount of fried foods. Because I am required to eat gluten free, I cannot enjoy any fried food. But guess what I can enjoy? TURKEY LEG!!!! May I continue to focus on positives and remember that no matter how many times my body tries to kill me, I am Clearly Alive. 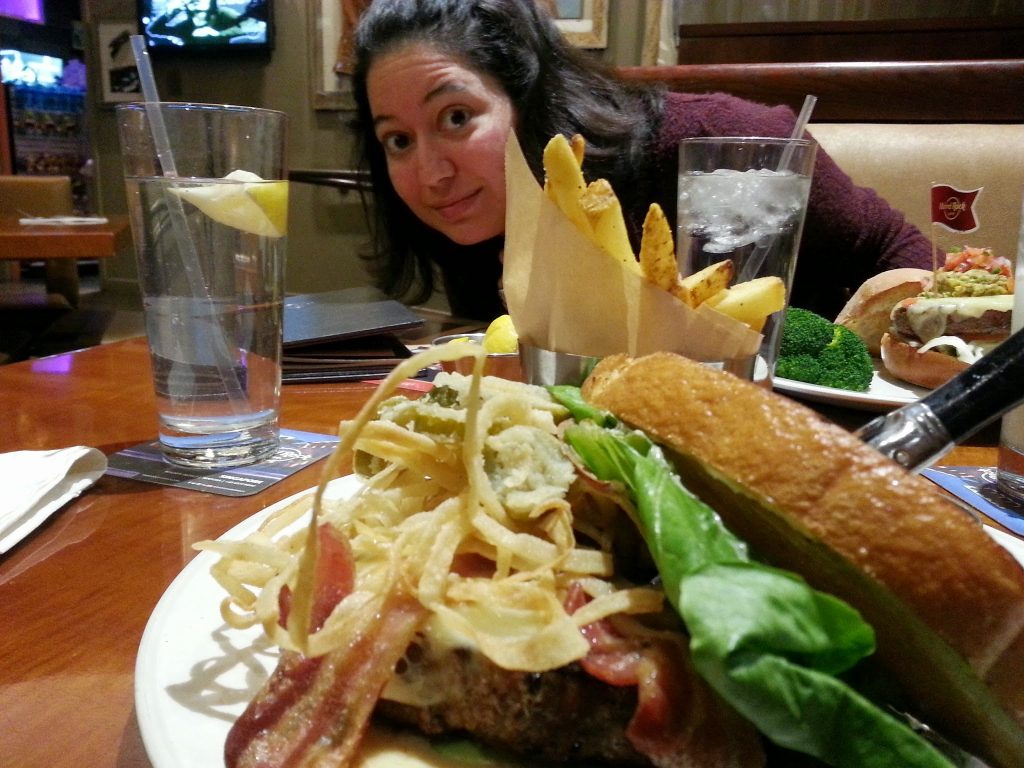 Little did I know that the food on this plate would make me so sick.

November 2014 marked the two year anniversary of my blog. I am extremely thankful for the continual support from y’all. Thank you for investing in my story. Thank you for your encouraging words. I am not sure where this journey will lead, but I promise that I will always continue to fight to remain Clearly Alive.

I also ate an under-cooked burger at a restaurant which lead to food poisoning and another emergency injection. 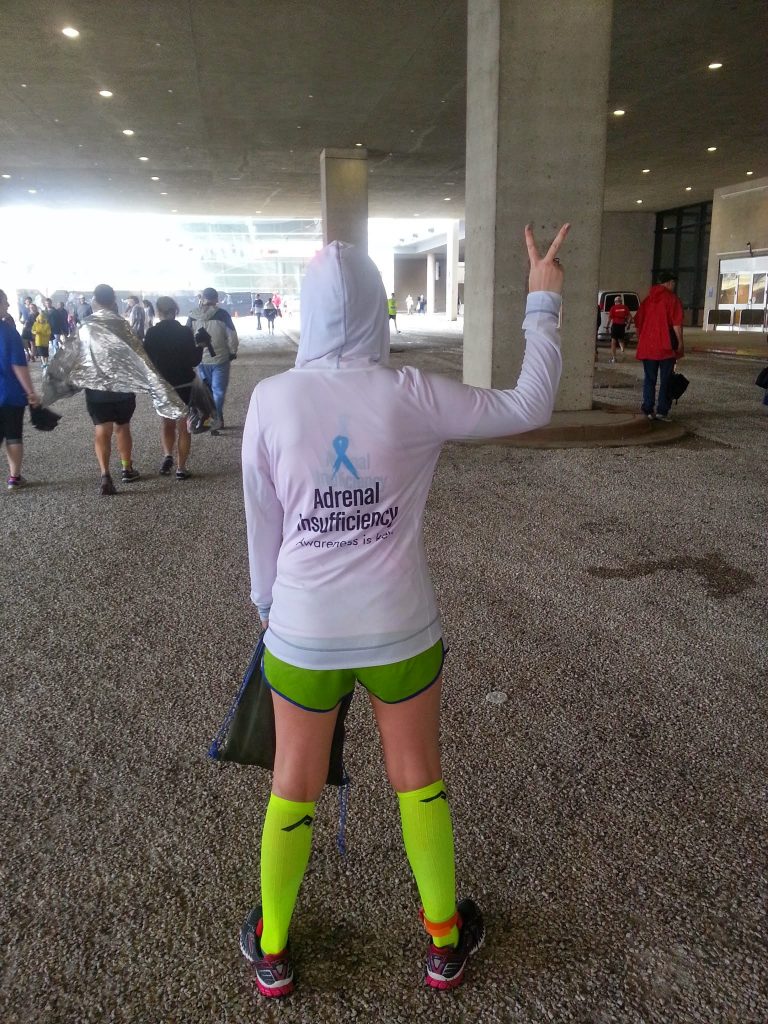 Want this shirt? Order it here.

In December, I relayed the Dallas Marathon with others. I ran the last leg which consisted of 5.7 miles. During the run, a woman approached me and asked where I had gotten my sweatshirt (I designed them, by the way. Want one?). She was running the full marathon and had been diagnosed with Addison’s Disease in 2007. How awesome is that? Even when I thought I was running alone, I found someone who could relate to my journey.

We will always be diseased. There is no cure, and I will be on life-saving steroids until I die. But my disease does not define me, and I am far from isolated. I am so much more than the 251.44 code that I see written on every single one of my doctors’ forms.

I am Clearly Alive.

I cried tears of joy as I sprinted across that finish line of the Marathon. I did it. I finished 2014 strong.

I’m more than ready for you.

See my other yearly recaps here.

The Drive to Kuantan

The Wisdom of a Manager