While 2017 could be succinctly summarized as “trying to stabilize,” 2018 was a year of settling into my new routine. Granted I did visit the ER twelve times. Seven of those times I was taken by ambulance. By this point, I have a nice routine even with my local emergency room, EMS service, friends, and neighbors. It takes a tribe to keep me Clearly Alive. 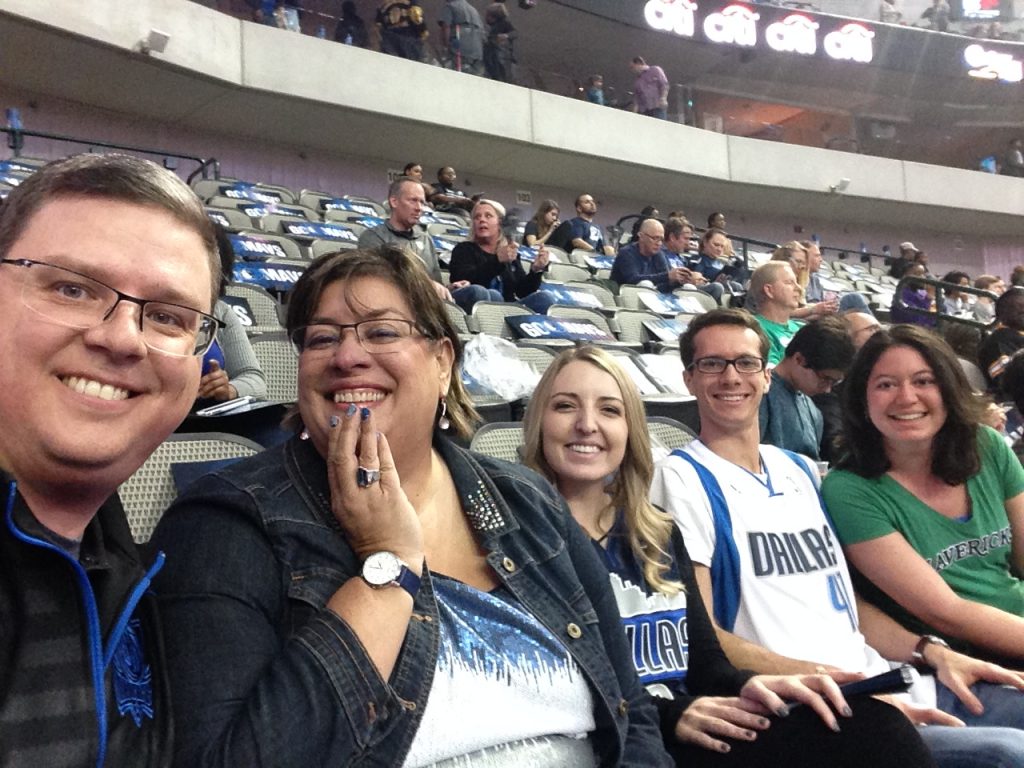 Watching the Dallas Mavericks with my family!

In January, work sent me to Texas for a week. While I was there, we realized that I needed to make a ER trip. My aunt took me to the same one from my Cinco De Miler 2013 trip, and I had the same doctor. I was able to personally thank him for his endocrinologist recommendation that set me on a much better path. Less than twenty-four hours after I was released from the ER, I was attending a Dallas Mavericks game with my family. Go Mavs! 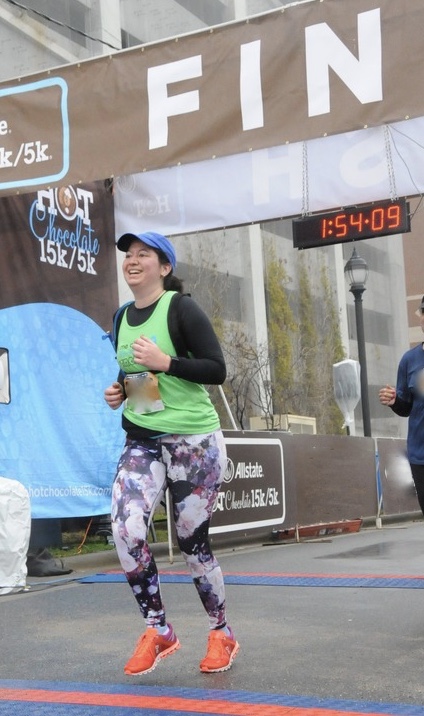 Victory. Complete with tears of joy.

I started out the month of February with a 15k. While I felt amazing immediately after the race, that evening told a different story. I ended up taking an ambulance to my local ER. Later in the month, I spontaneously walked into a new town home community. I walked out with a signed contract for a newly constructed town home that would be ready in June. This girl is establishing roots! Unfortunately, extremely happy moments are considered stressful to the body. I wound up in the ER again.

Can you see me? We rode our bikes through downtown Reno.

In March, I flew back to Reno to have a follow up with my specialist. I told him how I was feeling much better after eliminating an extreme stressors in my life and purposefully cutting out toxic individuals. And yet I was frustrated. I kept ending up in the ER requiring 2-4L of saline fluid before I stabilized. He immediately recognized that I suffer from Volume Depletion Syndrome. This confirmed the August 2017 diagnosis given to me in the ER in Tampa. Solution? Salt Tabs for life. I did end up in the ER again, by way of ambulance. I also ran a 5k at the end of the month with a good friend. 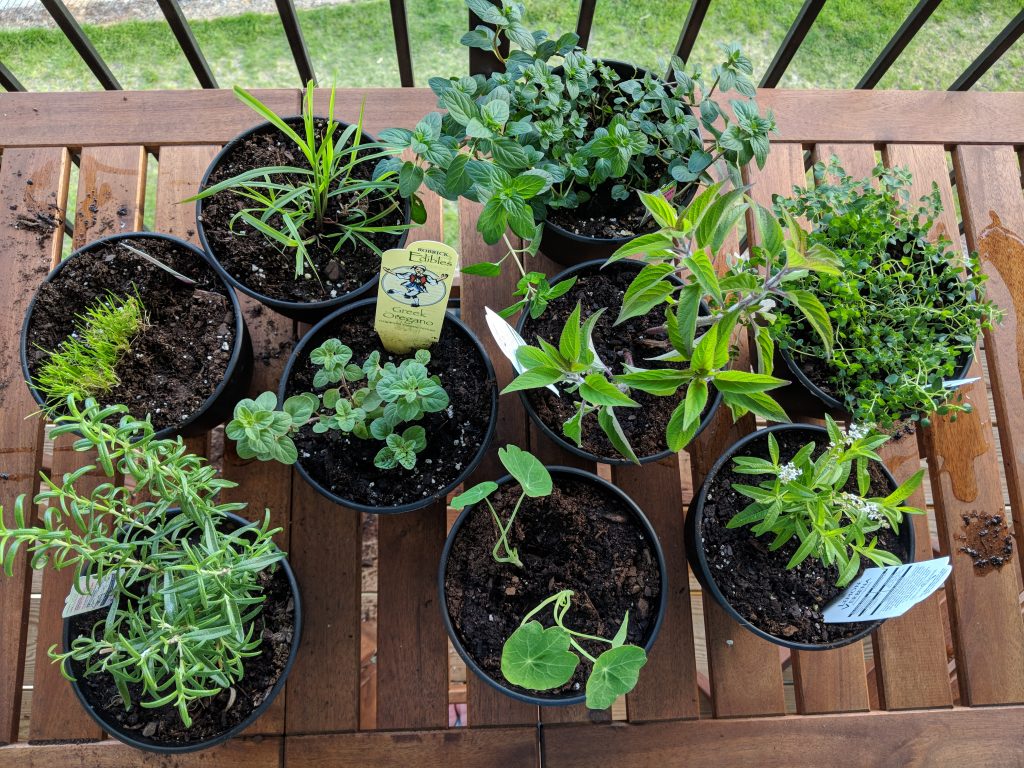 I love my herb gardens. Buying these was a way for me to establish roots at my new home.

In April, I spontaneously went on a four mile hike. I live in an absolutely beautiful area of the country, and I cannot wait to explore more of it. The construction of my town home was also progressing nicely. And, I made another ER trip. I wish I could tell you what triggered it, but frankly, I do not remember. 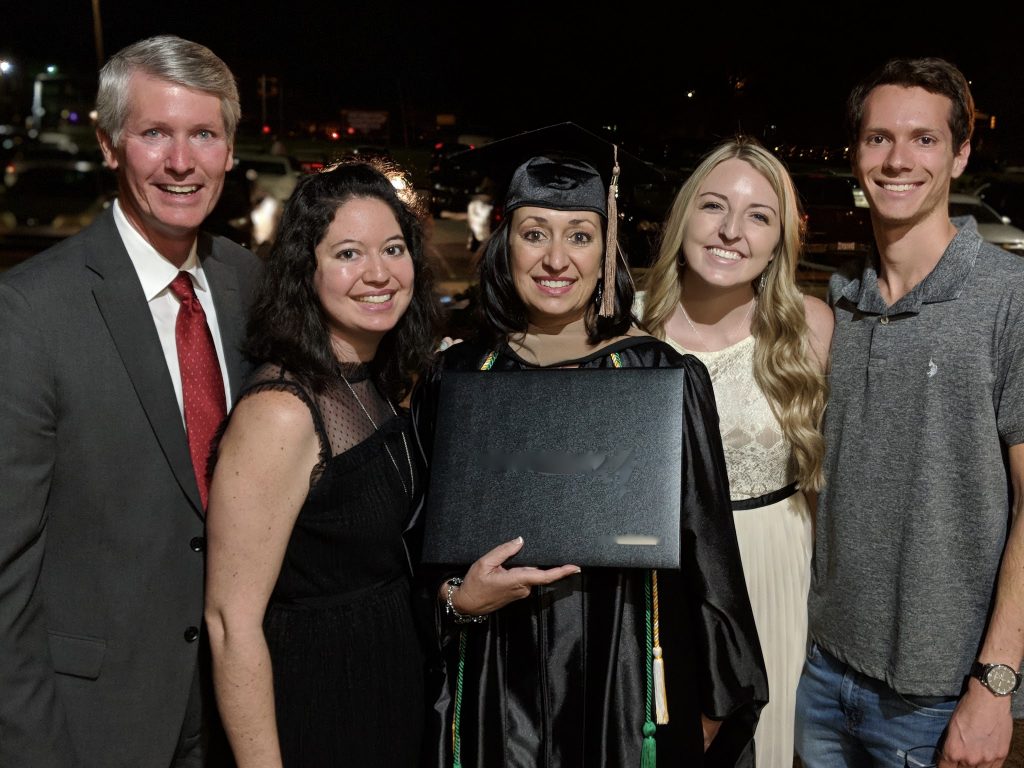 In May, our family celebrated my mom’s graduation. My disease did start flaring that weekend, causing me to sit out on some of the activities. BUT I was able to remain ER free. At the end of the month, work sent me to a conference in Austin, Texas. This was my fourth year attending this particular conference, and it was so encouraging to catch up with engineers that I have previously worked with. Community is extremely valuable. It doesn’t matter if the community is for a rare disease or a niche programming language, make sure that you belong to one. We should not walk this journey called life alone.

I’m so thankful I was able to go to Oregon for this wedding. Photos were taken by Happymatic Photo Booth Co.

In June, I officially picked up the keys to MY town home! I would say that I’m a “home owner,” but I’m not fooled. The bank owns my home. I’m a “home debtor.” Only a few days after I got my keys, I flew across the country to attend the wedding of a dear college friend. While there, I had the pleasure of catching up with another dear college friend. On the cross country flight back, I began to crash. I ended up receiving my emergency injection in the terminal of the airport by a Good Samaritan and was taken by ambulance from the tarmac. 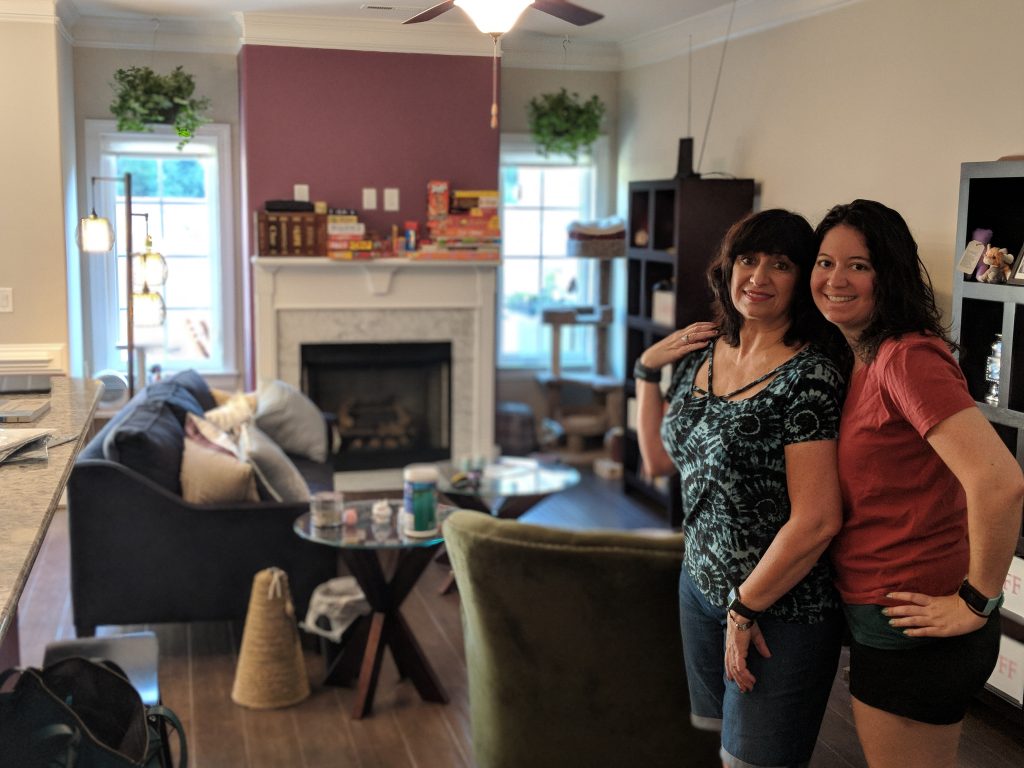 My mom and I standing in MY living room of MY new home.

My father and I standing in MY very organized garage in MY new home. The bruise on my leg is from my emergency injection at the airport.

I was scheduled to travel again shortly after returning from Oregon, but I had zero desire to step on a plane so soon after my June adventure. Now this was not me giving up traveling forever. Traveling was just placed on pause for a while. Lucky for me, my parents were able to come and visit! They were my first guests in my town home. My dad worked his magic organizational skills on my garage, while my mom helped me cover up the “Agreeable Gray” to more lively colors. I had another ambulance ride / emergency room trip sometime in July. I wish I could remember what triggered it. 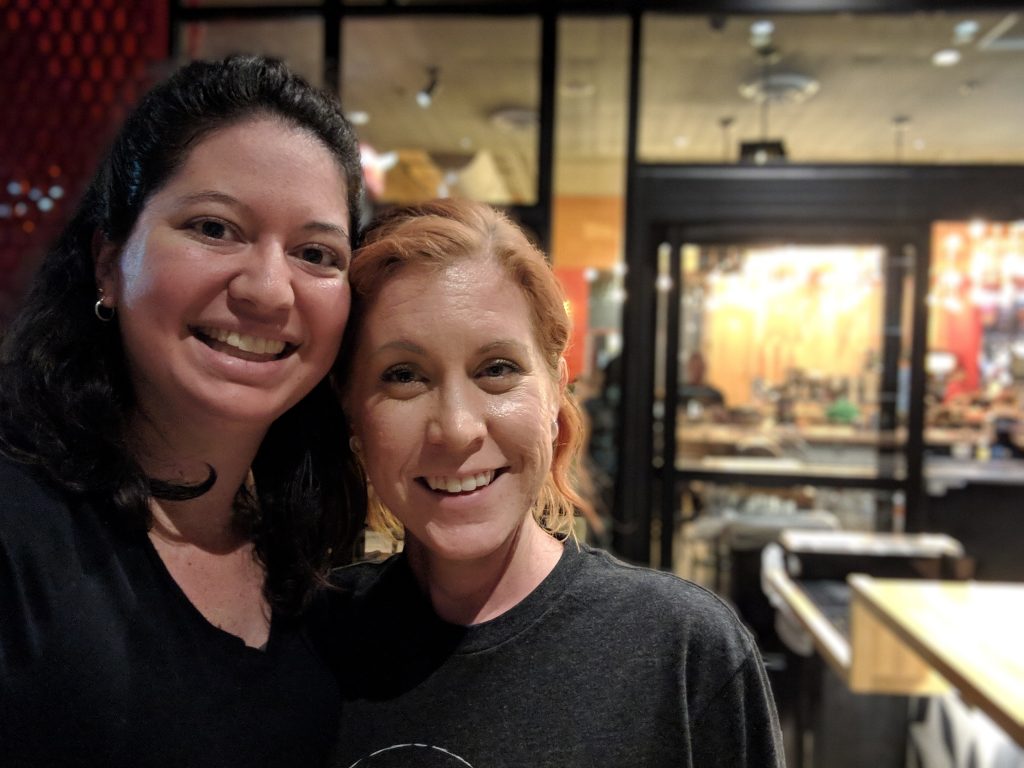 In August, I was scheduled to return to Texas for work. My manager wanted to cancel the trip after he learned about my ambulance from a tarmac experience. I was adamant that I could still travel, and that he should not cancel a trip due to fear. He yielded to me, and the trip was on as planned. I was all set to fly out on that Saturday.

Honest confession: I got on that Saturday flight on less than twelve hours after I was released from the ER. I did not know if I was going to be able to make the trip, but when I woke up I decided to try. I’m so thankful I did. I got to meet up with Michelle and spend some time with my family. My family is awesome by the way. We celebrated three July birthdays in August with a cake that read “Happy Hanukah” spelled wrong. 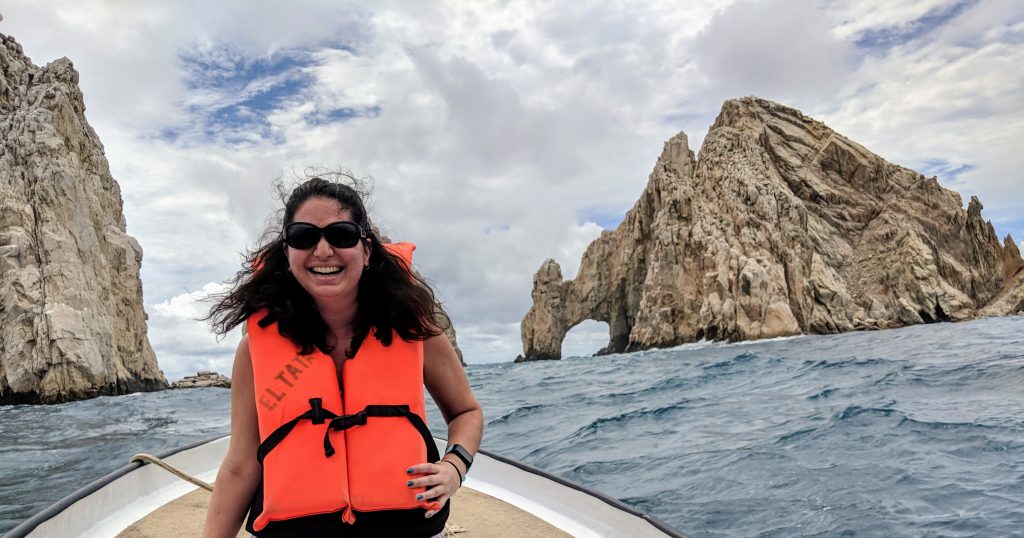 In September, I flew to Cabo San Lucas in Mexico to meet up with my parents. The night before I was set to fly back to America, my Medtronics pump broke! Although I had a warranty replacement sitting at my front door step in under twenty-four hours, it took me longer than twenty-four hours to make it back to America due to bad weather and missed flight connections.

Always have a back up plan for your medicine. I want us to remain Clearly Alive.

Studying with a cat is always difficult.

I did start out the month of October with another ER trip. But the majority was spent preparing for my eight hour professional engineering exam. I would come home from work and open up my textbooks. I successfully sat for the exam on October 26th and then had to proceed to wait an additional six weeks before I was notified of the results (I passed!). The very next weekend, my parents came out to visit me and help me do some more work on my beautiful town home. With their help, I now have an absolutely beautiful kitchen backsplash. 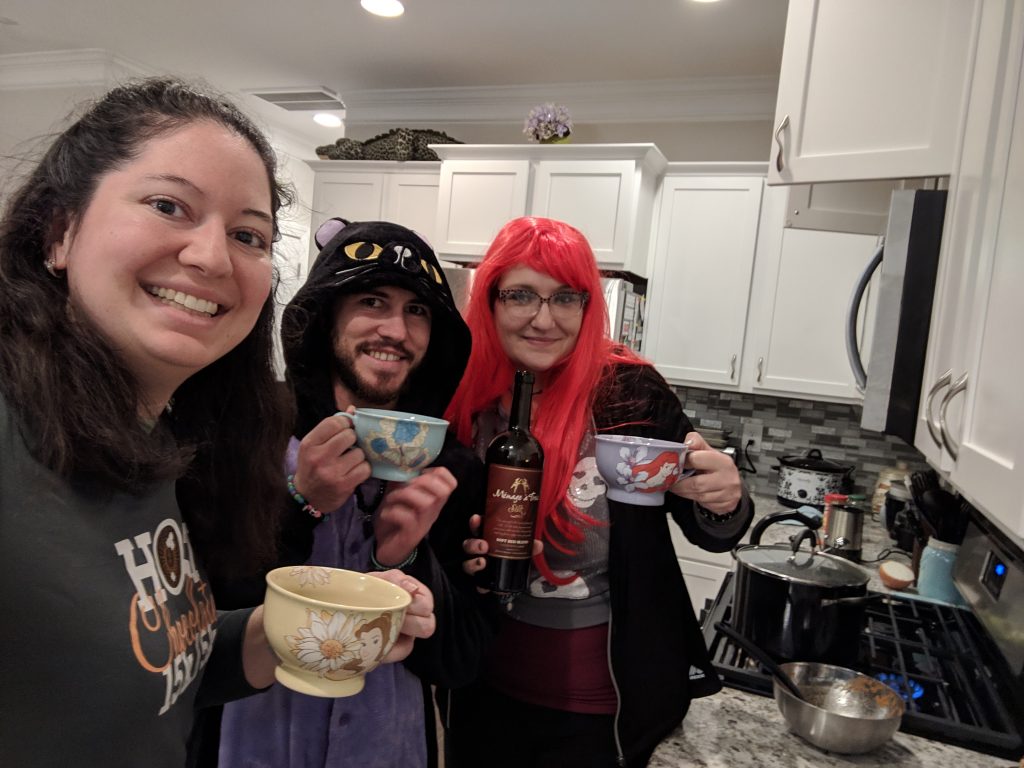 Red wine in Disney Princess Mugs cause we classy!

November can be described as the month of friends. First, I had a fellow Addisonian Warrior visit me. Next, I had a dear friend from high school drive down for Thanksgiving, where we crashed another dear friend’s family Thanksgiving. I knew it was going to be a good Thanksgiving when I learned that their family already had the tradition of serving black olives as a critical part of the meal! And I did remain ER free! 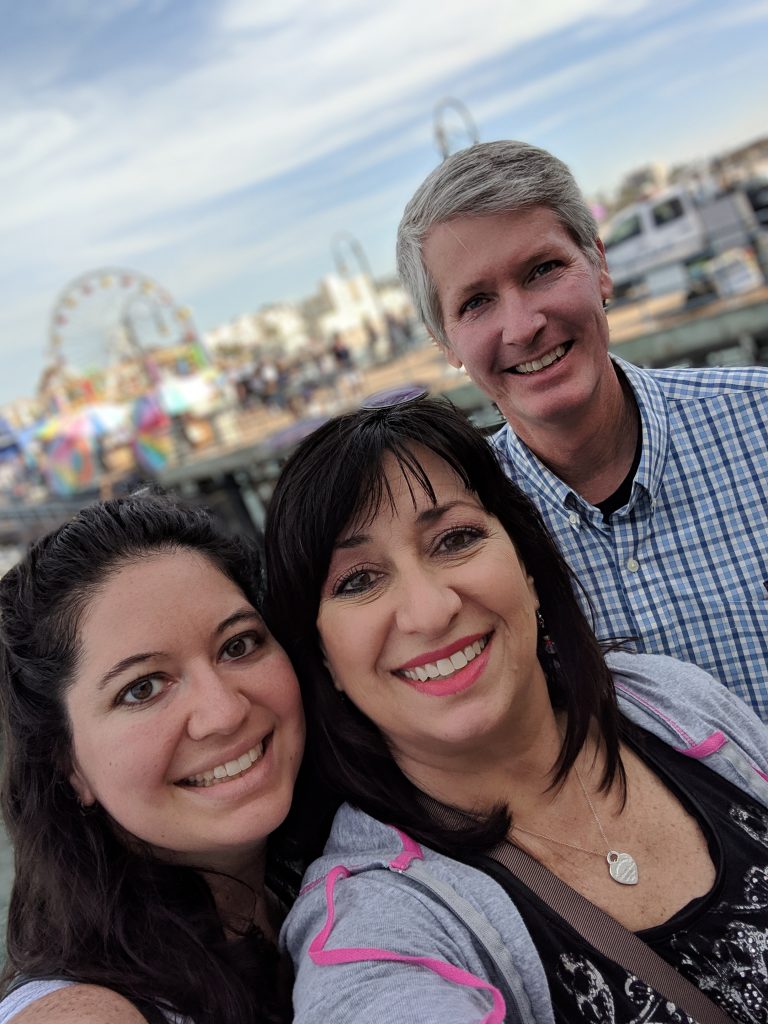 My parents and I on Santa Monica Pier.

I actually went to the emergency room twice in December. The first time was triggered by a latent sinus infection. The second time was early Christmas Eve. It was triggered by an upper respiratory infection, lack of sleep, and cross country traveling. But the 3L of saline enabled me to enjoy a low key Christmas with my parents. I then headed out to Phoenix to celebrate the New Year.

I am not quite sure what 2019 will bring. But I plan on remaining Clearly Alive throughout it all. 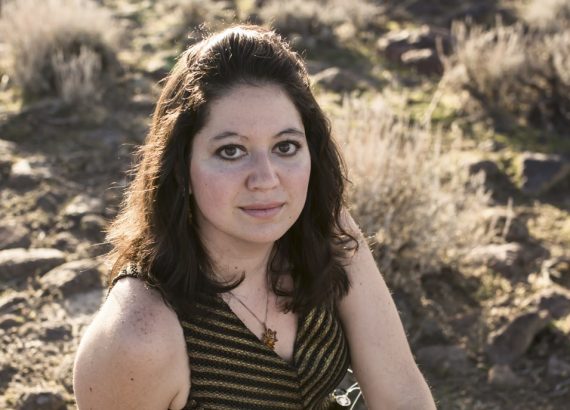